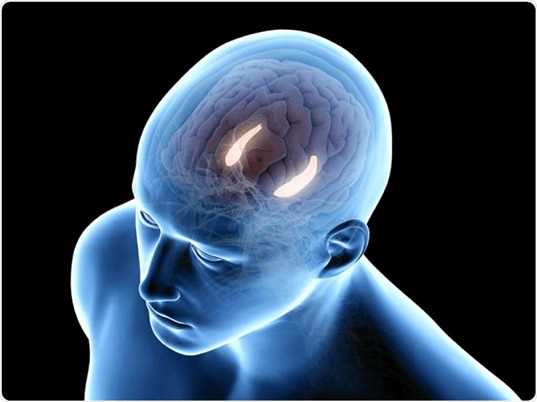 A goldmine of unexplained and untapped potential, our memory plays an important role in helping us to mediate our experiences within the world that we live in. Embedded in the machinations of this fundamental activity, lies the brain’s unique method for storing information. These particularities are wonderfully demonstrated in the example of Henry Malaison – a young man who underwent complex brain surgery at the age of 27 to treat his severe epilepsy. The case greatly moved the science of memory and brain function forward – arguably making the Malaison case one of the most important test reviewed cases in recent scientific history.

Presented in the 1957 Journal of Neurology, Henry’s case revealed that he exhibited no visible physiological or behavioral changes after brain surgery to remove the hippocampus – no changes that is but two: scientists noticed that post-surgery their patient was unable to navigate his way around his own house and could not recognize his doctors.

These lapses in his episodic memory (i.e. the memory drawn from personal experiences within your life /environment) were also compounded by the fact that Henry did not appear to be able to form any new memories either. It was clear that the functionality of the medial temporal lobe – that part of the brain responsible for gathering all of our life experiences together and generating memories through the compilation of sound, visuals, taste, etc. – had been severely hampered.

One of the remarkable things that Henry’s case study revealed was the vital importance of the temporal lobe’s utility in transplanting our experiences into memories – revelations which ultimately spearheaded a deeper understanding of brain function and memory and which have proven invaluable for advertisers looking to effectively target viewers and imbed their ad message deeper into a consumer’s memory.

Firstly, memories spike at times when emotions increase. People remember faces with emotional responses more than those without emotion because emotion activates the amygdala – the almond-shape set of neurons located deep in the brain’s medial temporal lobe which sit right next to, and regulate, the hippocampus. In other words, utilizing emotion in ads is vital to ensuring that the ad message lingers for longer periods of time within a viewer’s memory.

Secondly, memories are directly influenced by location. In a study on survivors of the 9/11 World Trade Center attack, it was determined that those who had found themselves closer to the crash site had far stronger memories of the day than those farther away from the central location. Another study on London taxi-cab drivers showed that those who had passed their test after successfully memorizing over 25000 streets, exhibited a growth curve in their hippocampus. Tying a story to a specific location will facilitate the recollection of the memory, with the location itself being enough to trigger memory.

A narrative or story woven together also helps us to remember more facts. A recent study showed that in the instances where participants were called upon to memorize 12 lists of 10 words, they were better able to recall words when they were woven within story narratives (93% recollection) as opposed to when they were not (13% recollection). Using sounds, visuals, and tastes can help to accelerate and solidify the memory process.

A Story, a Location, or an Emotion – any of these three elements can be instrumental in helping to imbed a memory deeper and more securely into the brain’s temporal lobe and, as such, they should be taken into due consideration by advertisers seeking to create more impactful marketing messages with true staying power.

Finally, the ‘x-factor’ of the weird or unusual can also play an important role in cementing ad message recall. Adding a strange, uncanny or weird aspect to the advert – what some business marketers call ‘turning it on its head’ – is a great idea because it affords the opportunity for the brain to focus or ‘chew on’ the weird aspect for an extended period of time, thereby pushing the message itself deeper into one’s memory bank.

Highlights:
1. Remember to include a story or create a narrative within which to weave together the object of your sale. Using the senses and referring to them in the ad with sounds, visuals, tastes or anything visceral can exponentially accelerate the memory process and help to solidify it.
2. Give your ad a clear location and justify your choice. Rest assured that if you place your ad in a prime location, the likelihood for viewer recall will increase.
3. What emotion can you use to help your ad have a greater lasting impact in the memory of a viewer?
4. Consider adding a twist to your advert – the element of the out-of-the-ordinary or unusual can play an important role in further implanting the idea into one’s memory. Including a strange, uncanny or ‘weird’ aspect to the advert, and thereby turning the ordinary on its head, will guarantee a winning ad.