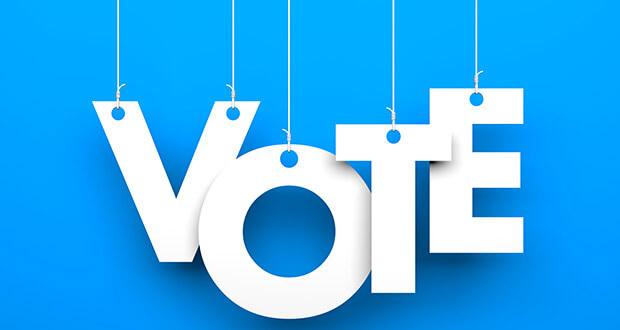 In recent times, Advertising has emerged as an intergral component of any successful pre-election campaign. Out-of-Home Media (OoH) performs and will continue to perform a unique role in the run-up to every significant political election– as a major channel of communication: a guaranteed and effective means by which to reach the masses.

By and large , advertising can elicit a positive and economically meaningful effect of on a candidate’s vote shares. Evidence from a recent discontinuity design (RDD) with millions of observations, strongly suggests that advertising can affect election results by altering the partisan composition of the electorate (Political Advertising and Election Outcomes, Northwestern University, April 2016).

It is undoubtedly true that during the last few years the media landscape has dramatically changed, with traditional media losing ground while so-called new media/social media has increasingly gained traction. Targeting the electorate – especially those who no longer watch TV e.g. the millennials – has proven to be an extremely laborious task and a major challenge to intercept and interject into this very ‘noisy’ landscape.

The case of online advertising

The advent of internet has had a major impact on the media landscape, especially in the last few years, where social media has played a significant role in peoples’ lives. Whilst the the impact of the Internet and the Social Platforms cannot be overstated , nonetheless recent studies have yielded evidence that should stand as a point of pause and further study – specifically these studies have revealed that the measurement of campaigns through internet analytics is not fool-proof and always accurate. Bots and non-real impressions can skew results casting a grey veil over the actual reality and the concealing the true Return On Investment (ROI) of any online campaign. This uncertainty coupled with the fact that there are no real controls in place to determine when and where these ads will appear, has significantly weakened a campaign’s ability to effectively target its electorate.

The case of TV

Despite exorbitant pricing and every increasing visual clutter and shrinking market share, TV in Cyprus continues to maintain the highest share of advertising spend. With viewership amongst the productive population (25-54 age group) streadily declining each year, the result is an growing inability to effectively target the core masses thru this medium. According to Nielsen Audience Measurement, fewer Millenials in Cyprus watched TV in 2015 than they did in 2014 – with the declining trend expected to continue. Such statistical data, coupled with TV ’s significant share (almost 25%), should give pause to all political campaign planners and spurn a re-evaluation of their media mix investment.

As Adverrtising media consumption habits continue to become more integrated, so too must advertisers keep pace. With Online advertising growing in importance, , political media campaign planners must acclimate themselves with the resultant media landscape convergance and create political campaigns that are more synergistic in nature. More and more, people are using their Smart Phones, Tablets and PCs regularly and all at once. The question campaign strategists must posit to themselves is how can they reinforce their candidate’s campaign for example to remain consistent, on message, and coherent to the same target audience on all three digital gadgets at the same time?

The case of OOH

The answer may well lie in Out-Of-Home Media. With the increased mobility of audiences who spend more time Out-of-Home, the best way to target this ‘on the go’ electorate , is thru the systematic and substantive use of Roadside Billboards within city limits and highways.
Recent findings of AdBoard’s Research Unit suggest that people in Cyprus are spending on average 13 hours Out-of-Home (OOH). This finding alone should serve as a major catalyst to drive media budgets to OOH. In all the audience groups we have examined, there is a general consensus that OOH messages remain non-intrusive, with audiences highly receptive to their messages. Of the most recent sample interviewed, 9 out of 10 people agreed that messages on Billboards were enlighting and attractive, reconfirming that Brands benefit from advertising on such Billboards. Through the intelligent application of these findings and a call to action within the political scene, Political Parties and Presidential Candidates can reap substantial benefit and increase their Brand Equity during their pre-election campaign.

OoH and Call to Action

Whilst OoH can be strictly defined as a major en-masse medium, it also imparts a collateral benefit within its ability to drive people online. Based on recent market research, OoH has increased brand-related searches by 17% amongst those exposed to its messages. – a finding of tantamount importance for for political campaign planning.

As a key driving force for political campaigning, Political Parties and candidates must harness the power of Out-Of-Home media to effectively deliver their message to the electorate. When combined with other media, OOH’s synergistic attributes will result in driving up the percentage point numbers for those Political Parties or Presidential Candidates who recognize the benefits on offer and seek to establish an advertising advantage over their nearest opponent.

Ad Board Media is the biggest Out-of-Home Media company in Cyprus. Ad Board’s diverse portfolio includes Roadside Advertising, Sports. We are also the partner of choice for the Malls in the country of Cyprus. Our operations provide advertisers with the ability to engage consumers throughout any day.